The following are some terms you will hear being used:

Disqualification (DQ)
Abbrievated to DQ'd following a breach of swimming competition rules which govern start, finish, turn and technique. Such rules are observed by competition officials and will be reported to the referee and announced / published accordingly.

Drill
In training, a controlled form of stroke designed to draw attention to a particular aspect of that stroke.

Individual Medley (IM)
Called IM for short, this event combines all four strokes, usually in the order butterfly-backstroke-breaststroke-frontcrawl. Classic distances are 200m (50m of each stroke) and 400m (100m of each stroke). Designed to find the best all-round swimmer, medley swimming is physically hard due to the fast transitions between strokes. It is commonly used in training swim sets.

Long Course/ Short Course
Long course means racing in a 50m pool - as used in the Olympic games, where-as short course refer to racing in a 25m pool. Typically short course is faster than long course due to the increased number of turns and push offs.

Personal Best (PB)
Called PB for short, this is the fastest time that a swimmer has achieved so far in a given event in their swimming journey. Swimmers are seeded in Open Meets by their PB time, so a fast eleven year old could be swimming against a fourteen year old.

Pull
Arms only - no kicking.

Set
A self contained part of a training session as 'set' by the coach.

Sprint
All out as fast as you can do, breathing as little as possible.

Steady
Swimming at a easily maintainable rate not easy or too hard to aim for a consistency of pace.

Stoke Count
Number of strokes per 25m or 50m.

Swim Down
Warm down - swimming slowly and steadily at the end of a session. 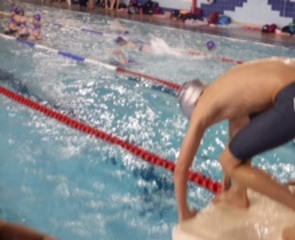 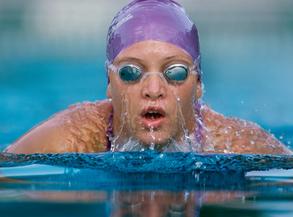 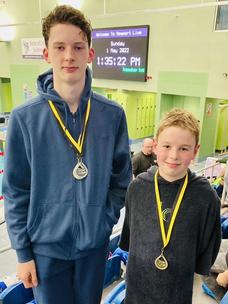