100% of our members said that they would recommend our Swimming Club to a friend! (2018 Survey)

SUGGESTED IMPROVEMENTS
​
1- Additional payment tiers should be added to reflect the training hours/ squad allocation of each swimmer.

2- The provision of timing boards would be a good investment for the Club particularly in regards to the Club Champs.

3- Increased visibility of the Head Coach across the Squads would be welcomed.

4- The introduction of a system of giving feedback to swimmers regarding their performance was highlighted.

5- Suggested changes to the organisation of the annual Club Champs and Presentation Evening.

6- Improvements needed in terms of the cleanliness and condition of the toilets and changing facilities at the Pool.

7- The development of a ‘Welcome Pack’ giving key information to new swimmers was suggested.

8- Support for more ‘fun’, ‘varied’ and ‘skills-based’ activities during training as well as social events such as the organised trip to Oakwood Park.

9- Concerns about lanes being crowded on some evenings.

10- Improvements to the management of the Club’s social media accounts.

WHAT OUR MEMBERS SAY ABOUT US

"Thank you to the committee, coaches and facilities for such a ‘fantastic’ club. It is feeling more and more like a team" (2018 Survey)

During the summer of both  2017 and 2018 customer surveys were available to members of the Celtic Dolphins Swimming Club electronically and in hard copy.  They were devised by the Club Committee to seek feedback from members regarding views on the key aspects of the management and development of the Swimming Club.

​The total number of completed surveys submitted was above average with 49% of the total membership responding in 2018 and over 43% taking part in 2017.  The key results of the survey are provided below together with examples across the page of the specific comments that were provided.

"As very new members to the Club we have found it an extremely friendly and welcoming club.  We have only been there for 5 weeks but have been given more information than we had in 18 months at our previous club" (2018 Survey)

"Communication has improved greatly since we joined" (2017 Survey)

"My son was made to feel very welcome at the club as was I by other parents.  His confidence has grown lots and it’s lovely to feel part of the Club" (2018 Survey) 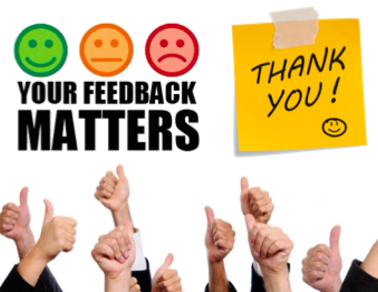 "Having moved both my children from another club 2 years ago, I have been able to see a vast improvement in their swimming and this is shown in their achievements, this is simply down to the dedication and devotion by all the coaches" (2017 Survey)

"Compared to other local clubs, we are very lucky to be having such a good deal.  The children are also able to use all Celtic Leisure facilities included in their monthly fee" (2017 Survey) 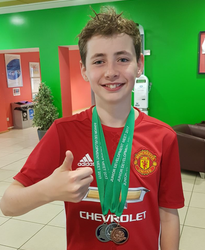 As part of the survey process, respondents were also asked to provide comments each year as to how the Club could be improved going forward.

For the 2018 survey these comments have been reviewed and grouped according to the following 10 categories, actions against which will be considered by the Club from January 2018.

"Love the information emails also, as forward planning is so important in busy family lives.  Thank you! " (2018 Survey)